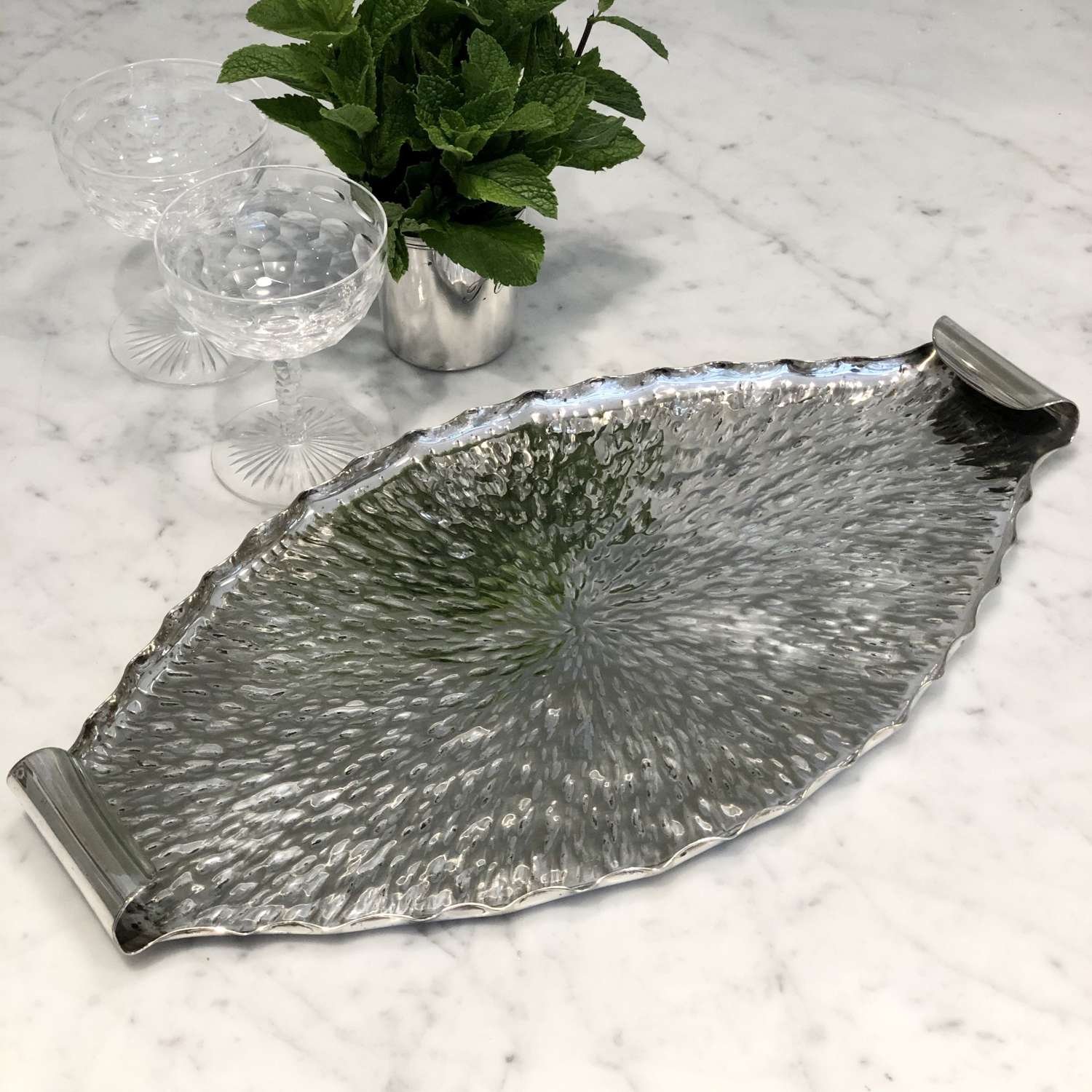 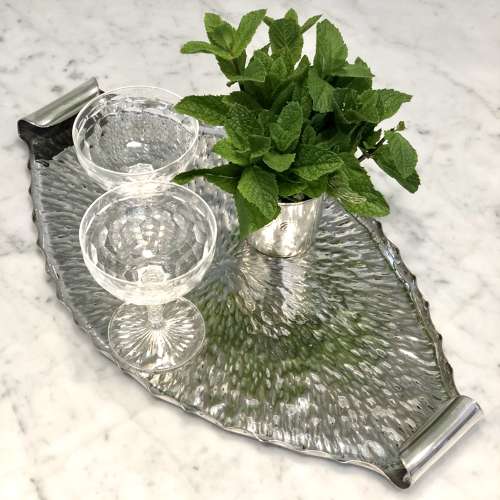 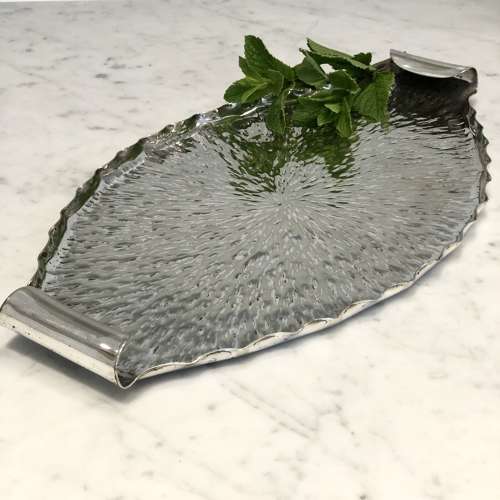 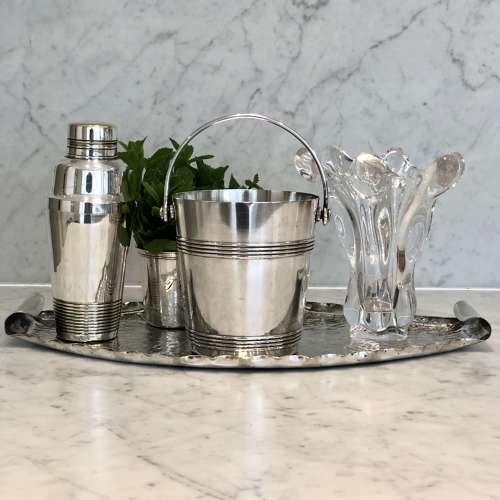 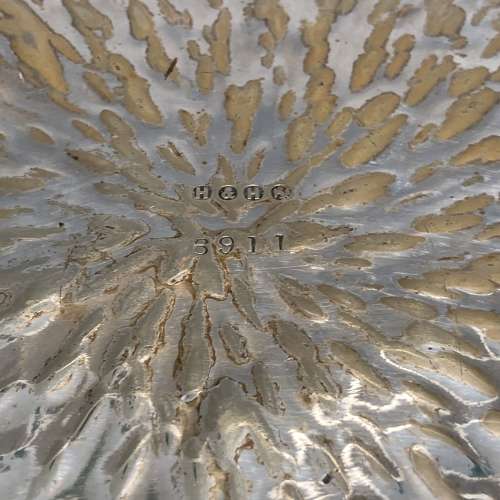 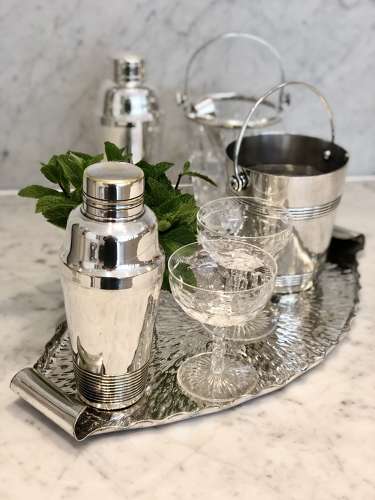 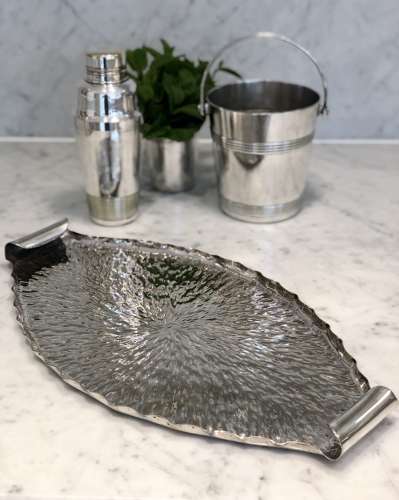 An Aesthetic Movement oval silver plated serving tray with scroll handles designed by Dr Christopher Dress for Hukin & Heath, Circa 1890s. The design is based on a Japanese Lily Pad with the scrolling sides and patinated hammer marks. A useful sized tray, perfect for drinks and display.

Hukin & Heath, founded in 1855, were renowned for their excellent silver and silver plated ware. Their Head of Design in 1878 was Dr Christopher Dresser and the Company used his designs until around 1900.

Christopher Dresser (4 July 1834 – 24 November 1904) was a Scottish designer and design theorist, now widely known as one of the first and most important, independent designers. He was a pivotal figure in the Aesthetic Movement and a major contributor to the allied Anglo-Japanese or Modern English style, both of which originated in England and had long-lasting international influence.