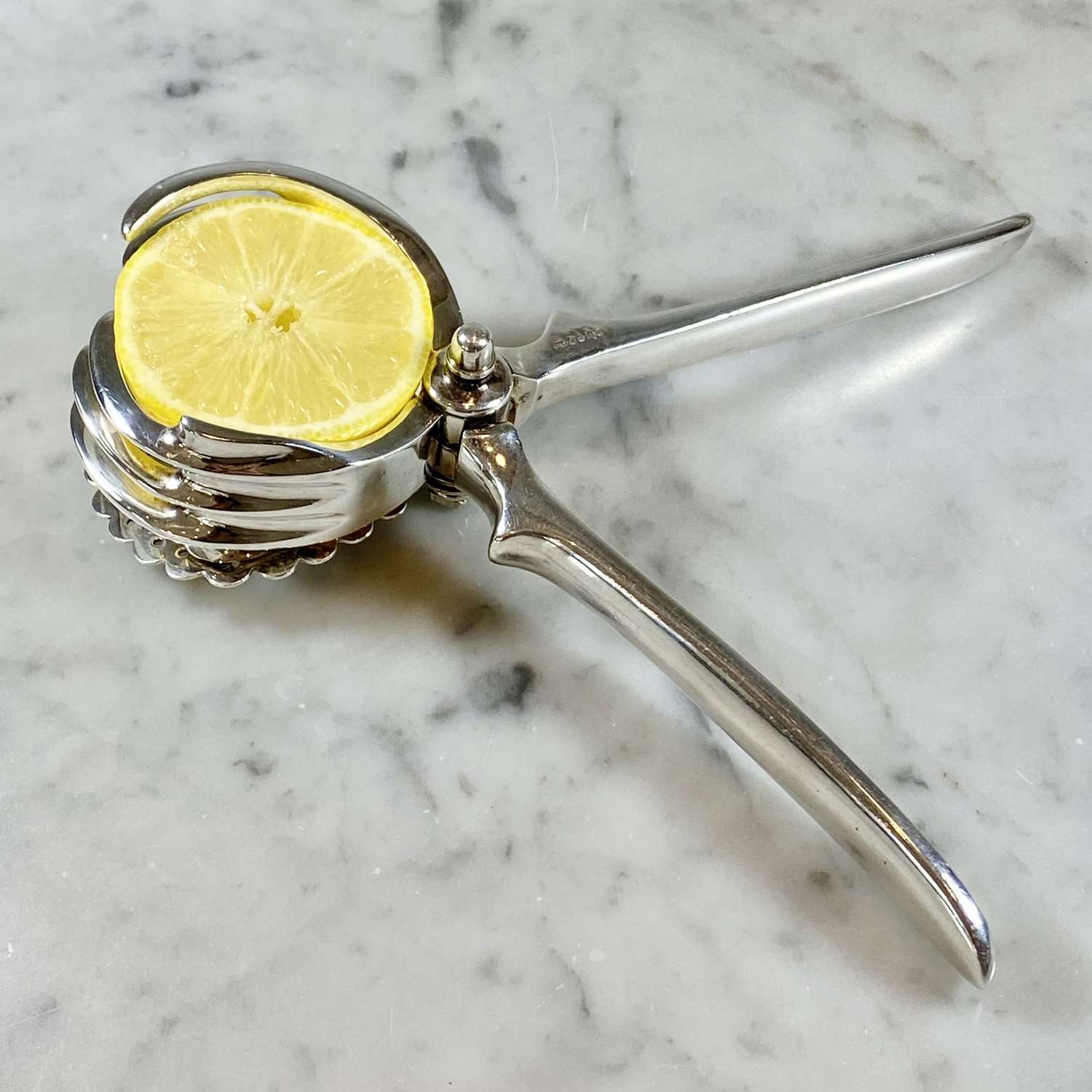 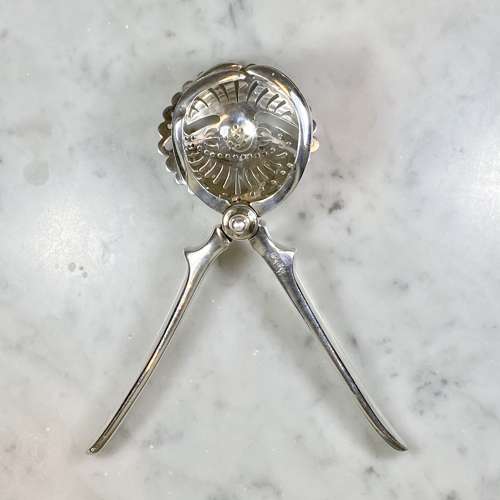 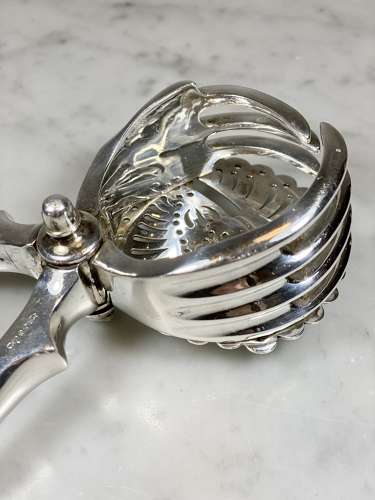 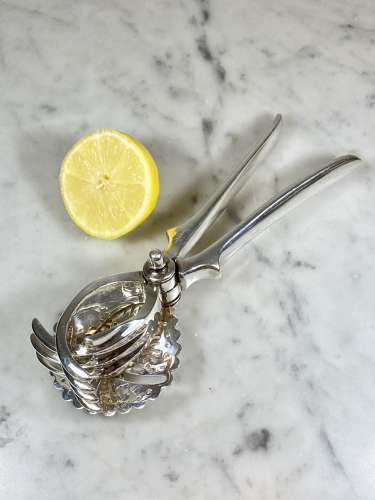 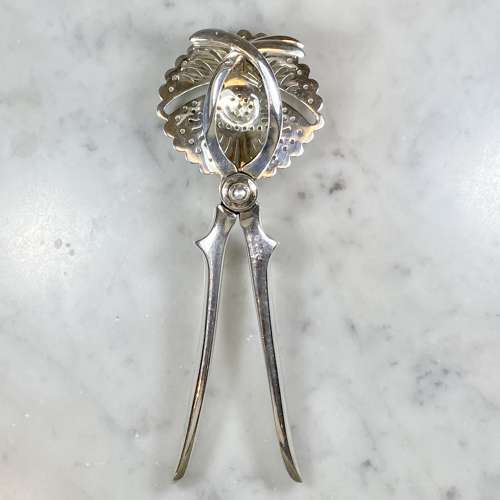 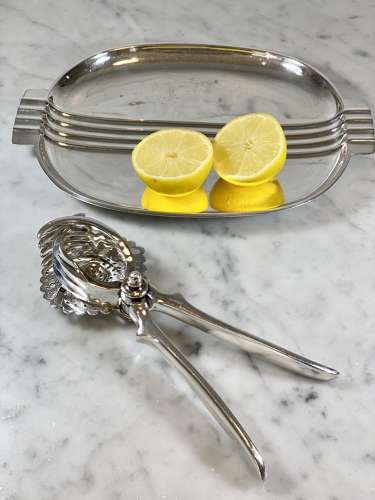 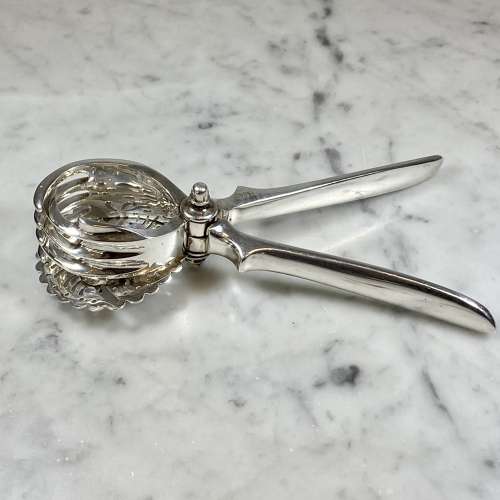 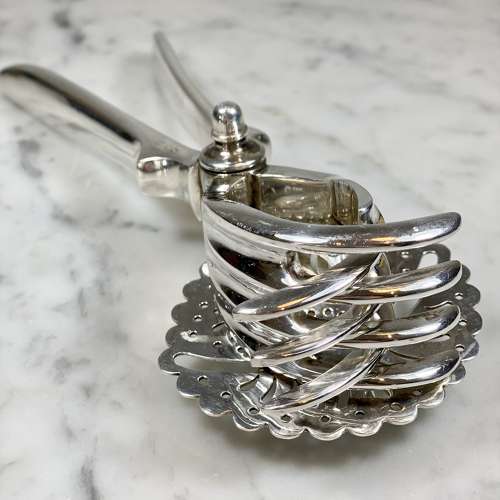 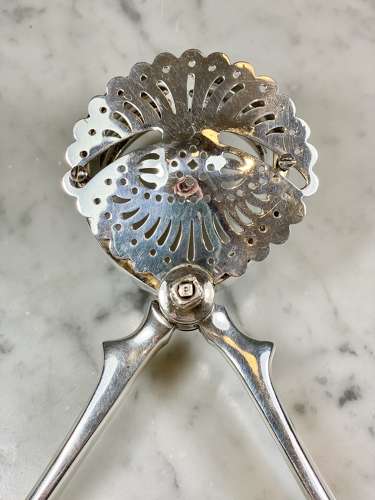 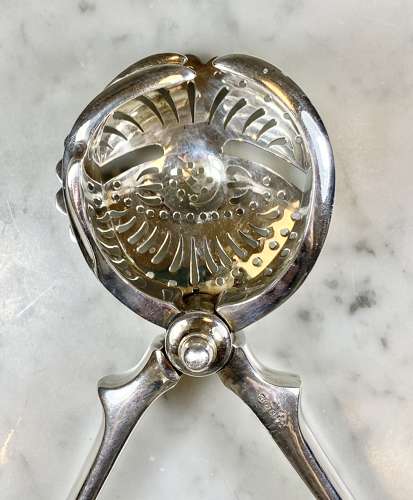 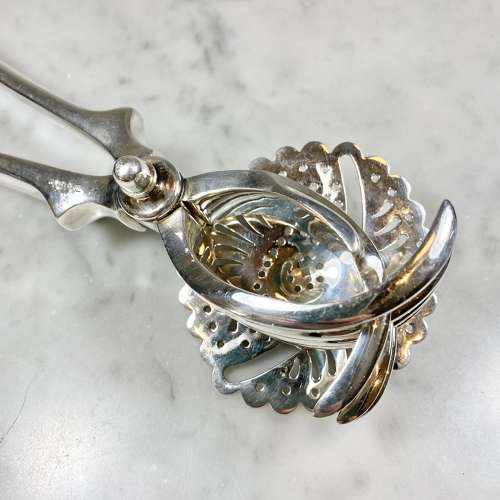 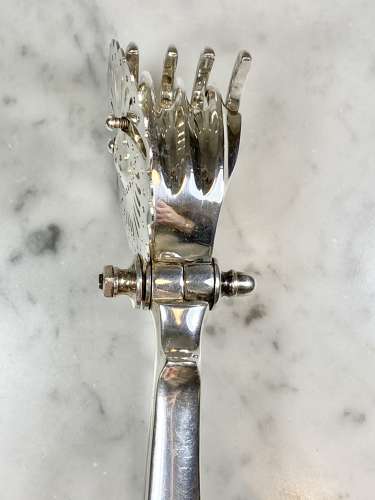 A particularly unusual late 19th Century/early 20th Century English silver plated citrus lemon squeezer with inbuilt strainer, hallmarks for William Hutton & Sons, but in a design by Christofle, France. This design was made at the end of the 19th Century as exotic cocktail barware became fashionable. A half lemon is placed within the ‘claws’ and the handles pressed together to squeeze the juice. Pips are caught in the round pierced plate. Ingenious and smart in one!