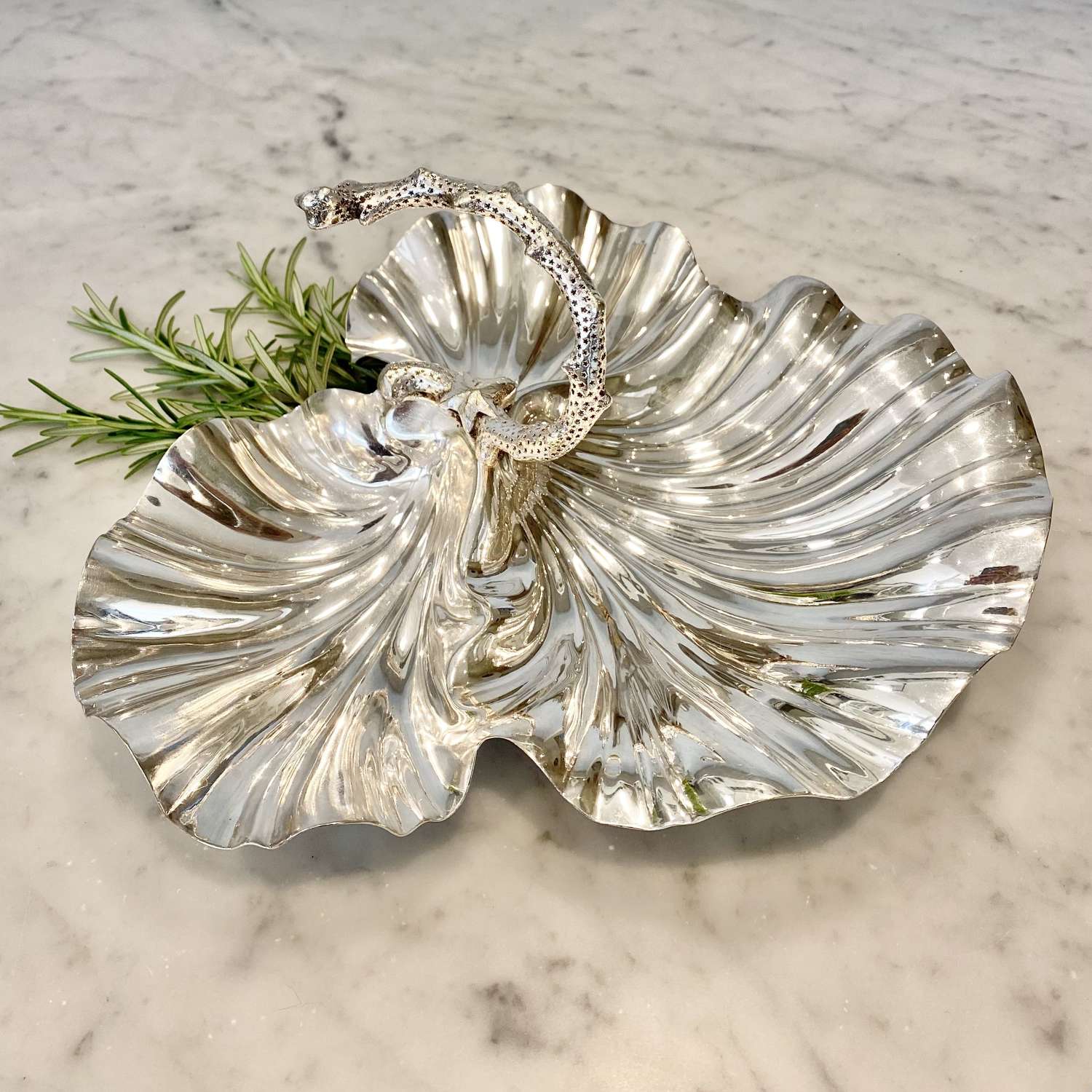 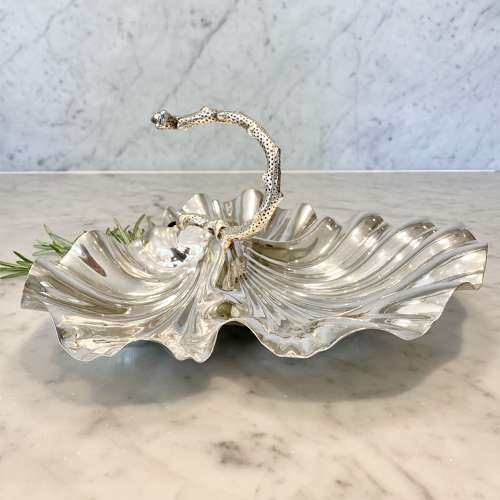 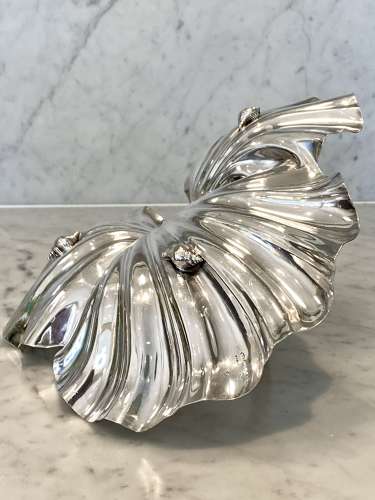 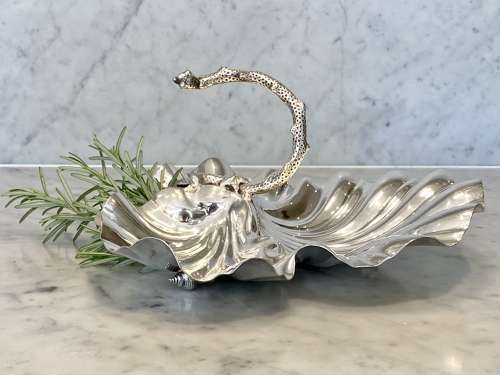 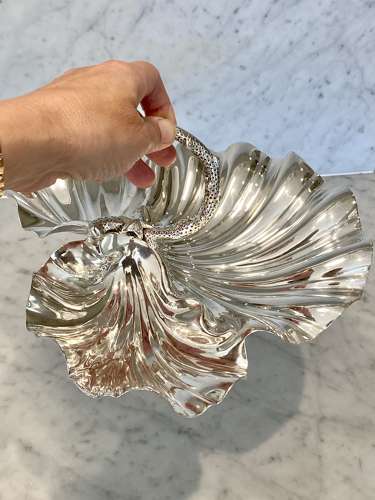 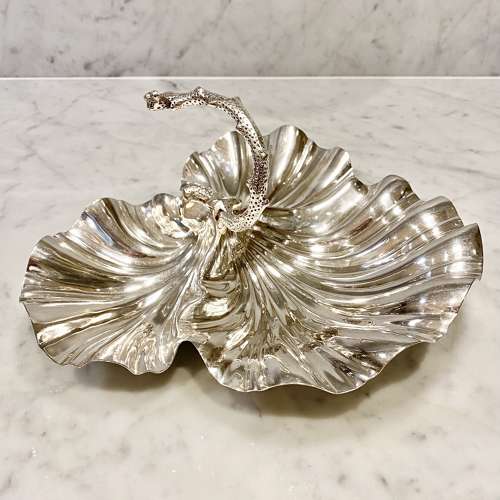 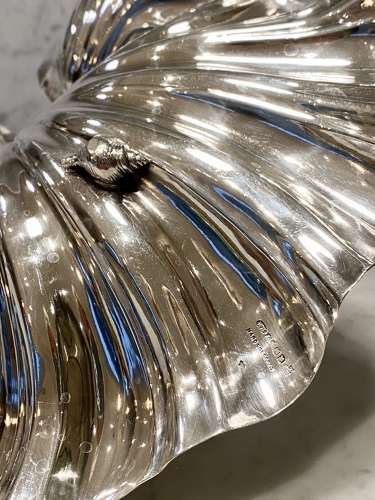 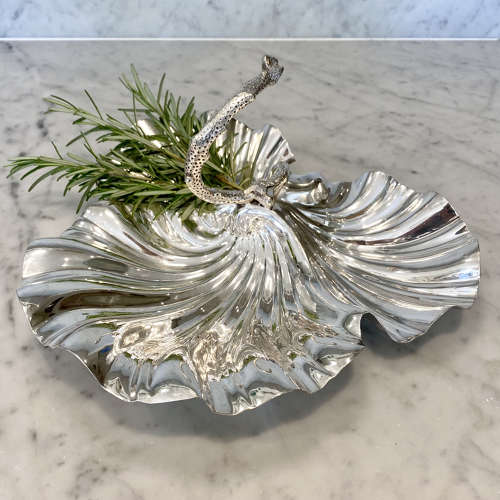 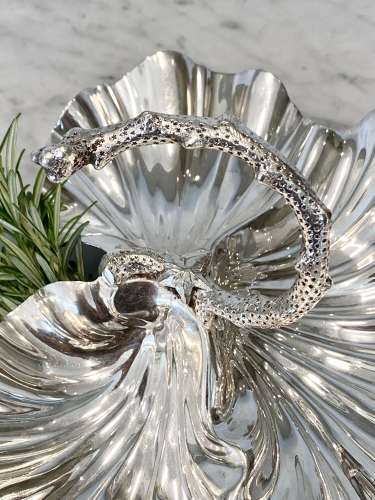 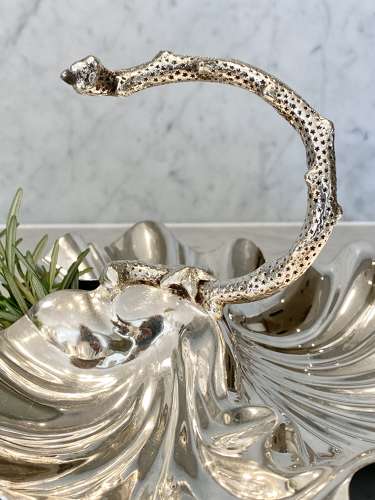 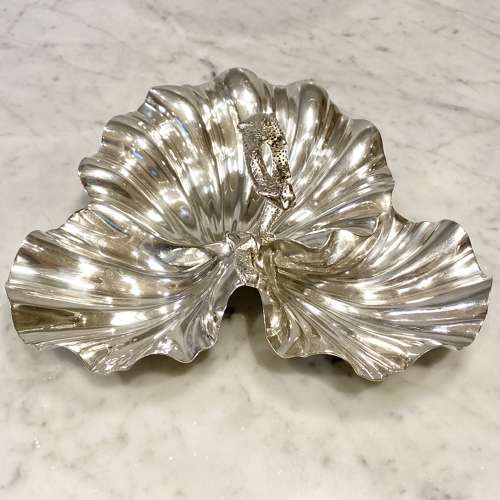 William Hutton & Sons – were renowned English silversmiths founded in 1800. They also became early silver-platers having licensed the electroplating technique from Elkington, another good English silver company. This gave them much early success and recognition in this area.

A family business, they continued through the 19th Century,  opening a London showroom in Holborn in 1863 which then moved to Farringdon Road in 1891, operating until 1918. The company was recognised for the fine quality of their Arts & Crafts silverware items at the turn of the 19th/20th century, of which this serving dish is a good example.